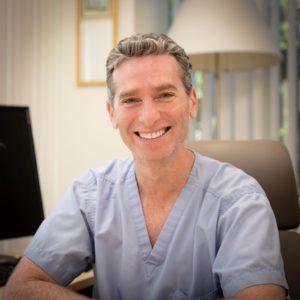 Mark H. Rubenstein M.D. began practicing cardiology in Boca Raton, Florida in 2002. He graduated from Harvard College in 1990 with Honors, receiving the John Harvard Scholarship for Academic Achievement of Highest Distinction. After one year of genetic research at Genentech, Inc. in San Francisco, California, he began Harvard Medical School. He graduated in 1995 and began an internship followed by residency in Internal Medicine at Massachusetts General Hospital (MGH) in Boston, Massachusetts.

In 1998, he began his fellowship in Cardiology at MGH. He specialized in Interventional Cardiology, training in angioplasty, coronary stenting, rotational atherectomy, brachytherapy, distal protection devices, ASD/PFO closures, aortic/mitral valvuloplasty, and peripheral intervention. While at MGH, he was involved in many new device and stent trials, including the pivotal North American trial of the Cypher drug-eluting stent, the first drug-coated stent approved by the FDA in 2003 for the treatment of coronary artery disease.

During his tenure at MGH, he published a number of research articles in major cardiology journals. His research focused on the development of new pharmacologic therapies to treat heart attacks, the effect of kidney failure on clinical outcomes after angioplasty, and on inflammatory molecules released during coronary artery bypass surgery. In addition to these publications, he presented a series of related abstracts at the national cardiology meetings from 1998-2002.

He now practices at Boca Raton Regional Hospital as a staff clinical cardiologist and was recently promoted to Clinical Associate Professor of Biomedical Science at the Charles E. Schmidt College of Medicine, Florida Atlantic University. He enjoys this opportunity to combine teaching and academic pursuits with the practice of clinical medicine.

He is Board Certified in Cardiovascular Disease, focusing his practice on consultative cardiology including coronary artery disease, cardiac arrhythmias, congestive heart failure, valvular heart disease, adult congenital heart disease, and preventative cardiology. He is an active member of the Florida Medical Association, the Massachusetts Medical Society, the American College of Cardiology, and the American Heart Association.

His free time is spent with his wife Sarah, the Senior Associate Dean for Medical Education at the Charles E. Schmidt College of Medicine, Florida Atlantic University, and his two daughters.